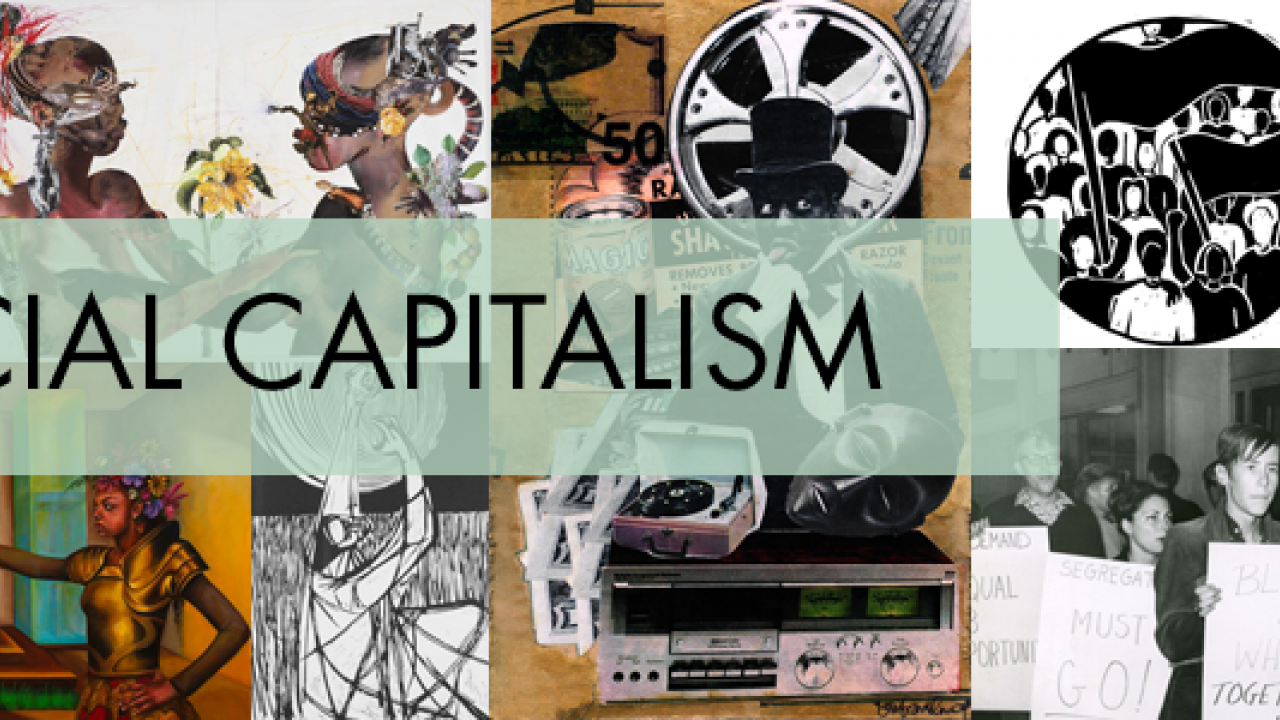 On Wednesday, April 21, The Mellon Research Initiative in Racial Capitalism hosted Professor Wan-Chuan Kao (Washington and Lee University) who presented a work in progress on Chaucer’s “The Squire’s Tale.” Professor Matthew Vernon (UC Davis) and English PhD candidate Hillary Cheramie (UC Davis) provided responses to Dr. Kao’s work, and Professor Seeta Chaganti (UC Davis) moderated the discussion that followed. This generative workshop raised questions about what racial capitalism—the history and process of accumulating social and economic value through racial difference—looks like in medieval contexts. How does bringing together the frameworks of racial capitalism and medieval studies together change our understanding of both? What are the stakes of rethinking the relationship between these two frameworks?

Seeta Chaganti and Hillary Cheramie followed up on these questions in a separate discussion with me. Chaganti's current research aims to uncover the medieval foundations of the modern inextricability of carceral power and extrajudicial violence, including the early English legal practice of the local posse as well as the establishment, through medieval English literature and material culture, of whiteness as the interiorized qualities of innocent intent and reason. Cheramie’s doctoral work uses the framework of racial capitalism to examine the continuities between medieval epistemologies and contemporary epistemologies, as exhibited in medieval travel narratives, medieval maps, and digital maps.

Rather than frame the rise of racial capitalism as a disruption of older forms of feudal social and economic orders, Professor Chaganti argues that it is important to look at their continuities. “There are things about medieval Europe that are very much the building blocks of the racial capitalist and white supremacist world, in which we all now live,” Chaganti explained. She points out that the legal structures that medieval Europe constructed for itself endure in the form of legal precedent and helped enforce hierarchies of difference on which racial capitalism and white supremacy depend.

Furthermore, narratives about the Middle Ages and medieval Europe have been mobilized to advance racial capitalist and white supremacist ends. The Middle Ages are often positioned and constructed within an origin story of whiteness. Cheramie said that “the medieval, as an archive, has been constructed and mined in a really specific way and by a really specific group of people. We have so much more information about the way that that archive has been used and toward what deliberate ends than we do about the composers whose materials are in the archive.” This fact makes the issue of who gets to represent the medieval a significant political question as well as a historical one. Chaganti added that Black radical and feminist history-making traditions have much to offer for reimagining necessarily incomplete archives like medieval archives beyond white supremacist historical narratives. “Work done by historians Sadiya Hartman, Jennifer Morgan, and Stephanie Smallwood push back at the methodologies by which people draw information from these incomplete archives,” Chaganti said. “We’re very wedded to these notions that if there’s a piece missing we have to figure out how to fill it in. Black feminist historians are more capable of theorizing what to do when these archives are incomplete.” The Mellon Research Initiative in Racial Capitalism hosted Jennifer Morgan for a panel discussion on racial capitalism and reproduction in January 2019.

Medieval studies’ attention to how gaps in the archive impact the creation of historical narrative help reframe the history of racial capitalism. Modernity did not simply emerge from the ruins of feudalism: that narrative assumes a particular way of approaching the archive. “Marx’s insistence on the collapse of the feudal state, for instance, doesn’t quite make as much sense anymore. There was a huge feudal preoccupation with wealth to be had in other places and with ways to extract it. Racial capitalism is there; it’s just not being framed that way,” Cheramie explained. “The medieval archive has a lot to offer racial capitalism as a framework, as a perspective to approach archival materials.”

As an example of how contemporary understandings of the medieval impact perceptions of modernity and racial capitalism, Cheramie pointed to the legend of Prester John, which Cedric Robinson cites in Black Marxism (1983), his seminal work on racial capitalism. “There’s this idea that people in the late medieval period had earth-shattering reactions to discovery that radically shook their lives, and from there on out, they dreamed and imagined in totally different ways. Robinson argues against this: we’re only saying that because that’s how we imagine we would react,” Cheramie said. Medievalists often critique interpretations of medieval stories and histories that draw on backwards projections of certain contemporary understandings of the medieval.

Among these projections are contemporary genre categories, which we project backward, often selectively, to create a particular sense of a medieval past that serves a political purpose. Cheramie said that some historians, for example, may consider medieval travel narratives as false or made up, while selectively accepting the travel narratives of Christopher Columbus as true, as documenting the colonization of the Americas. Which medieval genres are accepted as representative of a medieval reality and which are rejected not only profoundly shapes our understanding of the period but also raises political questions about who gets to authorize these genres as true history. Questioning the institutional categorization of medieval genre—the process by which certain stories and readings are selected to represent medieval reality—opens up opportunities to apply new lens and frameworks, like racial capitalism, to medieval stories.

Professor Chaganti helped found and currently serves as an Executive Board Member of RaceB4Race, an ongoing conference and professional network community dedicated to applying new critical race and ethnic frameworks to premodern and medieval studies and to creating supportive spaces for scholars of color to pursue this kind of scholarship. “RaceB4Race started as a means to redress a field situation that had to do with actually making scholars unsafe in the field and not allowing their voices to be heard in the same way as their white colleagues, but once it got off the ground and had a founding board, it evolved into thinking about how studies in pre-modernity—medieval and early modern—can intervene into questions of racial and social justice.” Chaganti mentioned “To Protect and to Serve: A RaceB4Race Roundtable,” a recent webinar with Carissa Harris (Temple University), Margo Hendricks (UC Santa Cruz), Justin Shaw (Clark University), and Cord Whitaker (Wellesley College) on anti-Blackness, policing, and police abolition, as an example of how scholars of pre-modernity can bring scholarship to empower contemporary critiques of modern policing and racial capitalism.