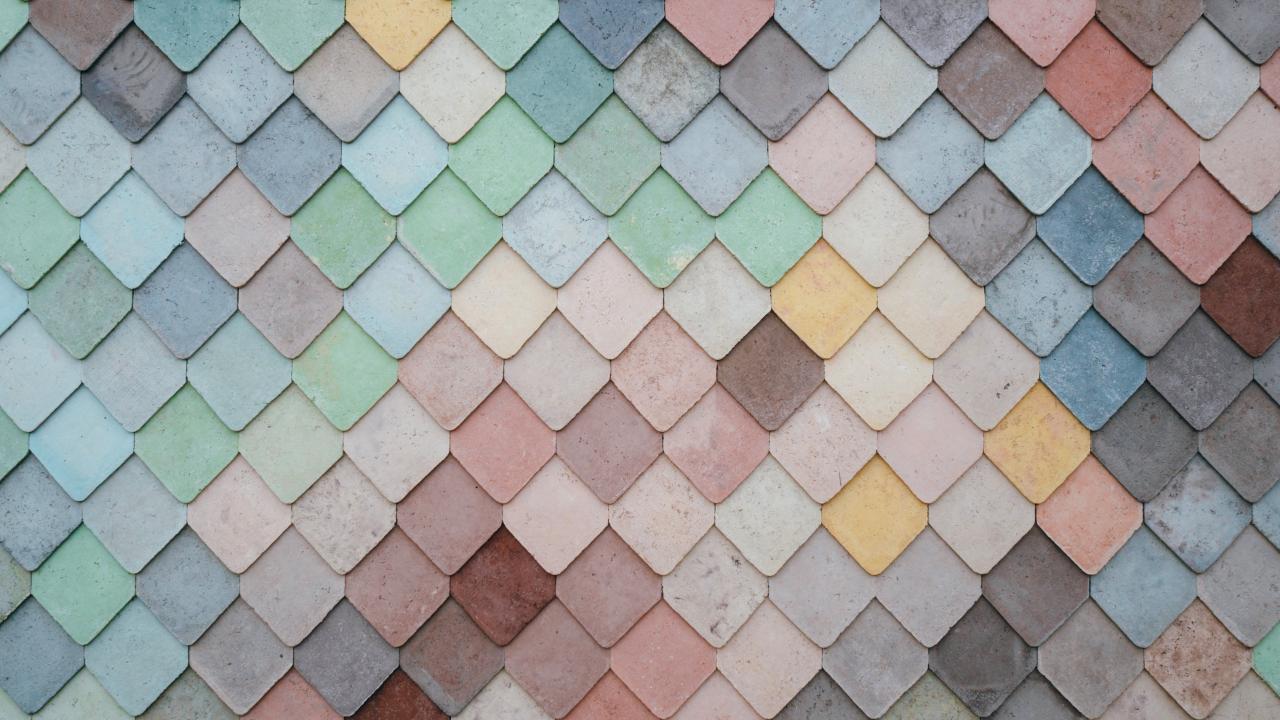 Indian novelist and activist Arundhati Roy has asked us to imagine the Covid-19 Pandemic as a portal between our current world and a possible better one.  For those in the field of Human Rights Studies, the Pandemic and the social and economic upheaval it has caused feels instead more like a fast approaching and powerful tide that will accelerate the ongoing erosion of global human rights.

With the arrival of that tide, we are watching a massive inward turn by states and peoples that will create intense isolationism and ferocious anti-globalization movements not seen since the era of World War I and the Great Depression.

As both an idea and a practice, Human Rights are dependent upon an incredible range of global, interconnected, and robust coalitions and constellations of institutions, movements and non-governmental organizations, collectively, the International. The International is also an attitude that places a value on cooperation and collaboration across national boundaries; and openness to the other and a celebration of infinite human diversity.

The current emergency has laid bare the weakness of critical international institutions and the whole idea of international action and cooperation when it has been most needed.  From the multiple failures of the WHO, the silence of the UN Security Council, to the botched response by the EU, the International has begun to disappear and with it the structural and ethical foundation of the Human Rights idea itself.

Compounding that failure, of course, is a US that has abandoned any pretense of global cooperation on health, the environment and human rights.

We are at the stage where there are more questions than answers to how the Pandemic and coming 2nd Great Depression will affect global human rights, including human rights in the US.  Still, the last few months have made clear that it is and will have an impact. Without taking significant measures to strengthen the International, and confront the human impulse to turn away from the world so as to “take care of our own,” those most vulnerable before the emergency — refugees, dissidents, the disabled, sexual minorities —  will face insurmountable challenges during and after. Other questions arise: What will be the implications of the global retreat for fragile democracies in Eastern Europe, Africa, or Latin America? How can the humanitarian needs of displaced and refugee peoples be addressed in an era of isolationism and growing dehumanization and xenophobia?

The enormous display of human solidarity evidenced in the rates of compliance with stay-at-home orders, mass mobilization on behalf of food insecurity, support for health care professionals and respect for science and scientists all make optimism reasonable.  The power of this Pandemic to bring the economy to a near stand-still should refocus attention to those human rights most neglected where and when the economy is valued above humanity. Economic, cultural and social rights that have seemed so neglected are at the forefront of our collective consciousness, now.  These are the rights that tell us we have as human beings the right to health, to education, to work and social security and indeed the right to participate in the world’s cultural and scientific achievements.

There are many areas of Human Rights concern that have emerged as the virus has taken hold and the world has responded,  let me focus here on just three.

In the first week of quarantines and shut downs across Europe and North America, a larger group of the UN’s special rapporteurs took the unprecedented step of issuing a joint statement warning against the abuse of special or emergency powers to curtail Human Rights.

…emergency declarations based on the Covid-19 outbreak should not be used as a basis to target particular groups, minorities, or individuals. It should not function as a cover for repressive action under the guise of protecting health nor should it be used to silence the work of human rights defenders.

As if on cue, Hungary’s anti-democratic populist Prime Minister Viktor Orbán used the pretext of the Pandemic to pass legislation entrusting him with near-limitless power.  In Uganda, authorities imposed strict rules against assembly to target LGBTI activists. Cambodia’s new emergency laws, which do very little to address the emergency and much more to reign in dissent, are in the words of a Human Rights Watch report, a “recipe for dictatorship.”  The use of cell-phone data as a way to facilitate contact tracing for very good public health reasons has raised significant privacy concerns in Israel, Armenia and Iran, where that same data has been used by the state to track journalists, LGBTI activists, and political opponents.

Once established, “states of emergency” orders prove especially tenacious and very difficult to lift. In the face of  these basic norms of human rights practice are elements of the International prepared to take steps to reaffirm democratic norms?

Quarantining the Rights of Refugees

The right of refugees to seek safety and asylum was already under severe strain in the years before the Pandemic and I fear that the current emergency will be used to eliminate the structure of refugee protection and resettlement that has worked since the end of World War II.  The 1951 UN Refugee Convention, which establishes guiding principles for the treatment of people fleeing violence and persecution, is the most endangered element of the international human rights system at the moment.

The global response to COVID-19 has brought with it the end of international travel as we have known it.  Refugees and asylum seekers have been caught up in that suspension, with states moving to rescind established asylum procedures and protocols.  This includes either refusing admission to those seeking refuge or sending people back into the dangerous situations they are fleeing.

This abandonment of a core principle of the modern human rights régime has led observers, like Lama Mourad and Stephanie Schwartz to suggest in a recent Lawfare Blog posting:

Ultimately, this could normalize the violation of non-Refoulement at a time when this cornerstone of refugee law is already under assault. A failure to reopen borders to regular travel after a certain period would be met with universal outrage and accusations that states were engaging in the large-scale deprivation of basic rights to freedom of movement. But not reopening the border to asylum-seekers could pass by without much notice. Given the hostility toward asylum-seekers and refugees prior to the COVID-19 crisis, many politicians may have incentives to keep those emergency restrictions in place or at least to maintain some of the restrictions.

Just this last week, the UNHCR’s Filippo Grandi called attention to the threat to human rights of this use of the emergency to alter inexorably the rules protecting and supporting refugees:

that human rights norms, laws and policies, so critical for the protection of refugees in desperate need of safety, will be undermined in ways that could take many years to rebuild.

Again, like states of emergency, once these norms of civilian protection refugees have been abandoned, they are hard to reestablish.  And as economic conditions worsen, anti-refugee and anti-migrant attitudes will harden. Refugees will be scapegoated as both biological vectors of disease and the cause of economic woes.

The US which was the world’s leader in refugee resettlement and assistance — under Republican and Democrat presidents — now takes in fewer that 18,000.  The Pandemic will be used by the current administration to move that number to 0.

Right to Truth/Right to Science

Contemporary Human Rights thought places a great deal of importance on our collective ability to be told and to tell the truth.  Very early in the emergency that global human right was violated as the Chinese government – never a great supported of a free press – suppressed information about the extent of the COVID-19 threat and repressed doctors speaking out about their government’s lack of truth telling about the disease. The arrest  and detention of Dr. Li Wenliang and seven other whistleblowers in Wuhan early in the spread of the virus is a poignant example of the  terrible impact of this phenomenon on real human beings, as Li, 34 years old of the time, died of the illness.

Had a real commitment to a transparent and truthful approach to the spread of the disease been a feature of international cooperation, effective countermeasures could have been implemented sooner.  Looking forward, truth about the effectiveness of treatments, the containment of outbreaks, and the use of the Pandemic to violate rights must be part of the international response.

Similar to the right to truth is the right we have as humans, by international human rights law and treaty, to, “To enjoy the benefits of scientific progress and its applications.” As scientists and medical researchers develop treatments and even a vaccine become available, the right of all to benefit from those developments will be a significant test of the international commitment to human rights.

In late April, leaders of wealthy countries, led by France agreed to coordinate research on a vaccine and make sure that there is equal access to it around the world and that like health care more generally getting your COVID-19 shot should not be a privilege and incumbent on wealth or location, but rather a basic human right.  There are also very good practical reasons for all to be inoculated.

The US did not participate in this meeting and has not agreed to these principles.

The UDHR’s Article 29 — The Human Right to Human Responsibility

The penultimate of the 1948 Universal Declaration of Human Rights’ articles, Article 29, is less about rights and more about responsibilities.  Its inclusion in the foundational document of the modern Human Rights régime was pushed by representatives of several Latin American countries and is based on the earliest human rights declaration, the American Declaration of the Rights and Duties of Man (1948.) For the Latin American delegates there is an intimate relationship between rights and duties.

The fulfillment of duty by each individual is a prerequisite to the rights of all. Rights and duties are interrelated in every social and political activity of man. While rights exalt individual liberty, duties express the dignity of that liberty.

It is a vision of the Human Rights idea that is forgotten in places and times where the politics of individualism and the idolization of the market reign supreme. An ugly manifestation of that assertion of rights-without-duty was seen in the orchestrated demonstrations against data-driven public health social distancing measures.

As people  in communities around the world engage in collective action to stop the spread of the disease, they have engaged in a definitive act of duty in the defense of the rights of others.

The burden of this act does not fall evenly or equally across the population.  Young people, in particular are being asked to do their duty and bear an incredible burden in this moment: closed schools and college campuses and future that includes the bleakest economic outlook in nearly a century.

Among the greatest challenges of this moment is not just how we exercise our rights, but also how we take collective responsibility for defending the rights of those who have taken on that burden. To do so will require a recommitment to economic, cultural and social rights in a broad and systematic way that embraces the international.

Here there is room for optimism.

Please join us for an on-line discussion of these questions and more with Keith David Watenpaugh, Director of the UC Davis Human Rights Studies Program, Joanna Regulska, Vice Provost and Associate Chancellor of Global Affairs and Professor of Gender, Sexuality and Women’s Studies, and Karima Bennoune, Professor of Law and UN Special Rapporteur, Cultural Rights. Q&A will follow.