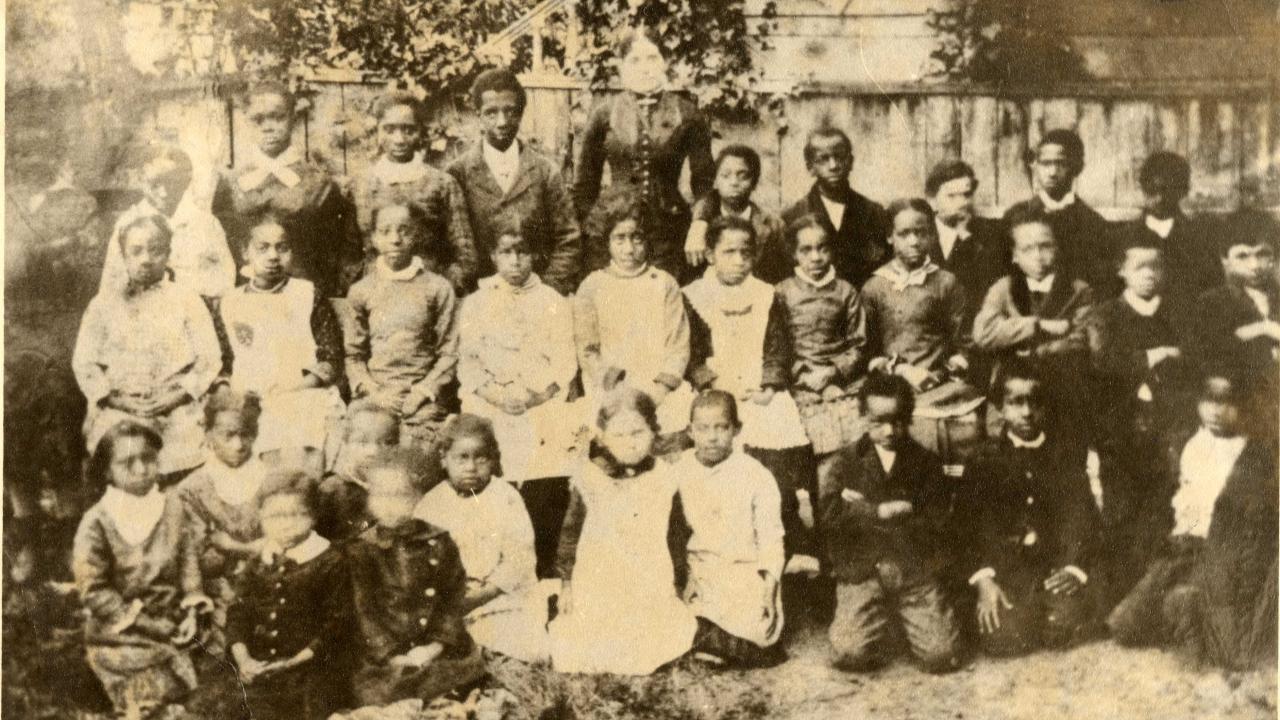 On April 15th, scholars, students, community members, and cultural leaders joined together for the second event in the Reframing Sacramento series, “Black Sacramento.” Funded by a grant from California Humanities and co-sponsored by the UC Davis Department of African and African American Studies and the Center for Sacramento History, the Reframing Sacramento Series examines the history, diverse communities,  and current climate of the city, emphasizing those voices that have too often been left out.

The event began with Clarence Caesar, historian and author of An Historical Overview of the Development of Sacramento's Black Community, 1850-1983. Caesar prefaced his remarks with census information that showed that for most of the 19th century, the population of African Americans in Sacramento and California never reached above 2%. However, given their relatively small population, they clearly had mighty accomplishments. Black Californians organized the Franchise League and Executive Committee to organize around issues of race and discrimination. In the 1850s, the first statewide Colored Conventions were held (in Sacramento in 1855 and 1856, and in San Francisco in 1857) and California’s first Black newspaper, The Mirror of the Times, was established in San Francisco (1856). Caesar emphasized the crucial roles that early Black churches in Northern California played in these movements, as they were not only gathering places for Black communities, but also the sites of the first all-Black schools, and many social and political events.

Caesar also spoke briefly about his research on early UC Davis Black students, such as Horace Hampton, a marine veteran who became the first Black student body president and the first Black editor of The California Aggie. After Hampton left UC Davis, he worked successfully in Fresno’s community development.

After Caesar’s presentation, Susheel Bibbs, a critically acclaimed classical singer and filmmaker, spoke about Mary Ellen Pleasant, known as “the mother of civil rights in California,” “Black city hall,” and “the western terminus of the underground railroad.” She was an abolitionist and rescuer who fled to California in the 1850s to escape the Fugitive Slave Act, under which she would have been punished for helping enslaved people escape. Unfortunately, these laws followed Pleasant to California. Nonetheless, Pleasant was a force to be reckoned with: she led the Franchise League in the 1860s civil rights fights, she got Black Californians jobs, she supported education, helped John Brown, and worked with many of the Black churches. Pleasant was constantly in court fighting to free enslaved people (she played a crucial role in the 1858 Archy Lee case) and fighting for the right of court testimony, which had been denied to African Americans in California. She also befriended Anna and Emma Hyers, who toured successfully as opera divas in the 1870s, were the first to create a musical with African American leads in the US, and used their musical and creative skills to fight against the KKK, lynchings, and anti-Black minstrelsy.

Next up was Ron Kelley, a local agricultural leader who gave a detailed history of his experience growing up in the rural Central Valley south of Sacramento. As a young man, he became licensed as a certified crop production consultant, working with UC Davis Extension Services, as well as with Yolo, Solano, and Sacramento counties. Kelley started growing his own crops, first leasing land from other farmers until he was able to buy his own land and establish R. Kelley Farms. He has had clients as large as Heinz and Campbell’s Soup, but he also enjoys running a U-Pick business, hosting tours, and presenting lectures at R. Kelley Farms. He is known for his quality produce such as shishito peppers and melons, as well as being one of the first farmers in the region to grow crops like southern beans, which are a staple of African-American cuisine but were not grown fresh in the area. A few years ago, after African American farmers had won a discrimination case against the USDA, Kelley ran for the state committee the Farm Service Agency. In this role, Kelley has been able to serve more farmers and organize against racism in agriculture.

The final presentations were given by UC Davis professor Milmon Harrison and three of his students, Nia Robertson, Keara Bell, and Sade McAlister. Dr. Harrison spoke about his book project, “The Black Valley,” which expands the history of Black California through focusing on the smaller cities and towns in the Central Valley, asking why African-Americans migrated to the Valley, what they found, and the contemporary impacts of this history. He spoke of the many sundown towns in the Central Valley and shared stories of Nathaniel S. Colley, a highly-decorated military veteran, graduate of Tuskegee Institute and Harvard Law, who opened the first Black private practice law firm in California with his wife. Colley had major roles in civil rights and housing discrimination, which in turn have had lasting national implications through the 1968 Fair Housing Act.

Dr. Harrison introduced his students, who had conducted their own local Black history research through his community-engaged learning course. Nia Robertson, a recent UCD graduate, worked on a project compiling information on Black interments in Sacramento’s Old City Cemetery. She is planning to continue this research after her graduation through a partnership with the Center for Sacramento History. Keara Bell and Sade McAlister, two current UCD students, have researched the history of local Black community leaders such as Grace Brown, Albert Hick, the Canson Brothers, and Nathaniel Colley. They are also working on their own oral history interviews, having learned from Clarence Caesar’s interviewing styles. They are excited to have their interviews of Black elders archived in the Sacramento Library. Dr. Harrison added that they are looking for more Black elders to interview, so if you would like to be interviewed or know someone who would like to be interviewed, contact him at mfharrison@ucdavis.edu.

A recording of the event can be viewed here.