Grappling Against Oppression with Poetic Erasure 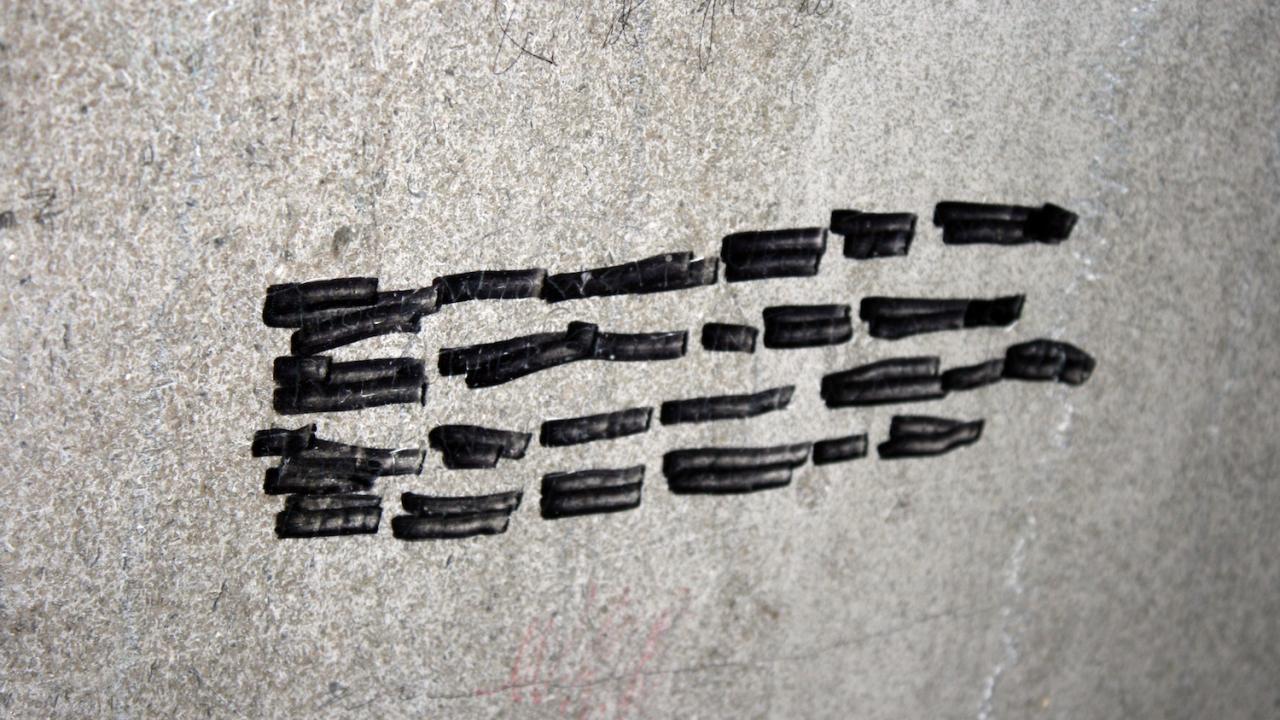 Wednesday, October 2, 2019, saw a seminar room packed with people waiting to hear what Candace Williams, Jordan Abel, and Tongo Eisen-Martin had to say. The three poets presented and discussed their works at an event moderated and organized by Assistant Professor of English Erin Gray and Associate Professor of English Margaret Ronda, “Refusing Racial Capitalism: Poetic Erasure and Redaction.”

Racial Capitalism, one of the UC Davis Humanities Institute’s Mellon Research Initiatives, focuses on illuminating links between race and capitalisms across disciplines. “Refusing Racial Capitalism,” focusing on poetic practices, took multiple forms: a reading, a roundtable panel, a dinner, and, finally, a creative writing workshop. Each poet’s performance demonstrated the different ways to read and perform erasure poetry. In an erasure poem, a poet selects an existing text and uses either white-out erasure or black-out redaction to change what is visible and thus readable in the text, rewriting the text entirely.

In addition to being a queer, black poet in Brooklyn, New York, Candace Williams is a sixth-grade teacher and robotics coach. They also teach poetry workshops. Jordan Abel, in addition to being a Nisga’a writer from Vancouver, is an assistant professor in the Department of English and Film Studies at the University of Alberta. San Francisco-born Tongo Eisen-Martin is not only a poet, but also a movement worker and educator whose curricula on mass incarceration, extrajudicial killings of Black people, and human rights have been used to educate and organize throughout the United States.

The poets communicated the joy and necessity of moving text around to make a poem do what it needs to do. Eisen-Martin spoke specifically of a tendency to “throw my consciousness into slightly different vessels and see how they want to play out.”

The fact that, in poetry, one can put words in vessels and see how they play out is crucial to understanding why poetry is an effective tool for grappling with empire and oppression. Abel noted that the constraint that an erasure poem entails can be particularly fruitful for addressing such enormous issues as colonization and genocide “Erasure is a conceptual mode that allows me to talk about colonial forms of erasure,” he said. This is why Williams chose the mode for her workshop “Poet Against Empire”: it imbues the writer with a form of agency that they may not have otherwise had. “We decide,” emphasized Williams, “what will evolve and remain.”

Erasures also allow space for silence on the part of both the poet and the reader or listener. Negative space serves multivalently as room to think, ways to connect the text across pages, and a reset where the writer can let go and, as Eisen-Martin pointed out, let the poem dissolve and appear as something else. “I might pick up a pen in one mode and end up in a completely different mode,” noted Eisen-Martin.

Finally, erasure can be as much a source of joy as it is one of violence. Erasing or redacting violent texts, such as the racist stories published in the New York Times at the beginning of the 20th century that Williams erased for the poems “Panther Gets Loose” and “Explorer,” can bring a real joy at the same time as it responds to the violence perpetrated by the original texts. As Abel pointed out, writing over, with, and through such texts comments on and refuses the original authors’ erasures of indigenous existence and other oppressions.

No matter the speed or pacing of the poetic artifact, the medium offers a plurality of chances to think through critical issues that the humanities tackles with the element of surprise that art affords so well and other methods perhaps cannot approach. Williams describes the phenomenon well: “a thought process that will yield something that I couldn’t have anticipated before.”